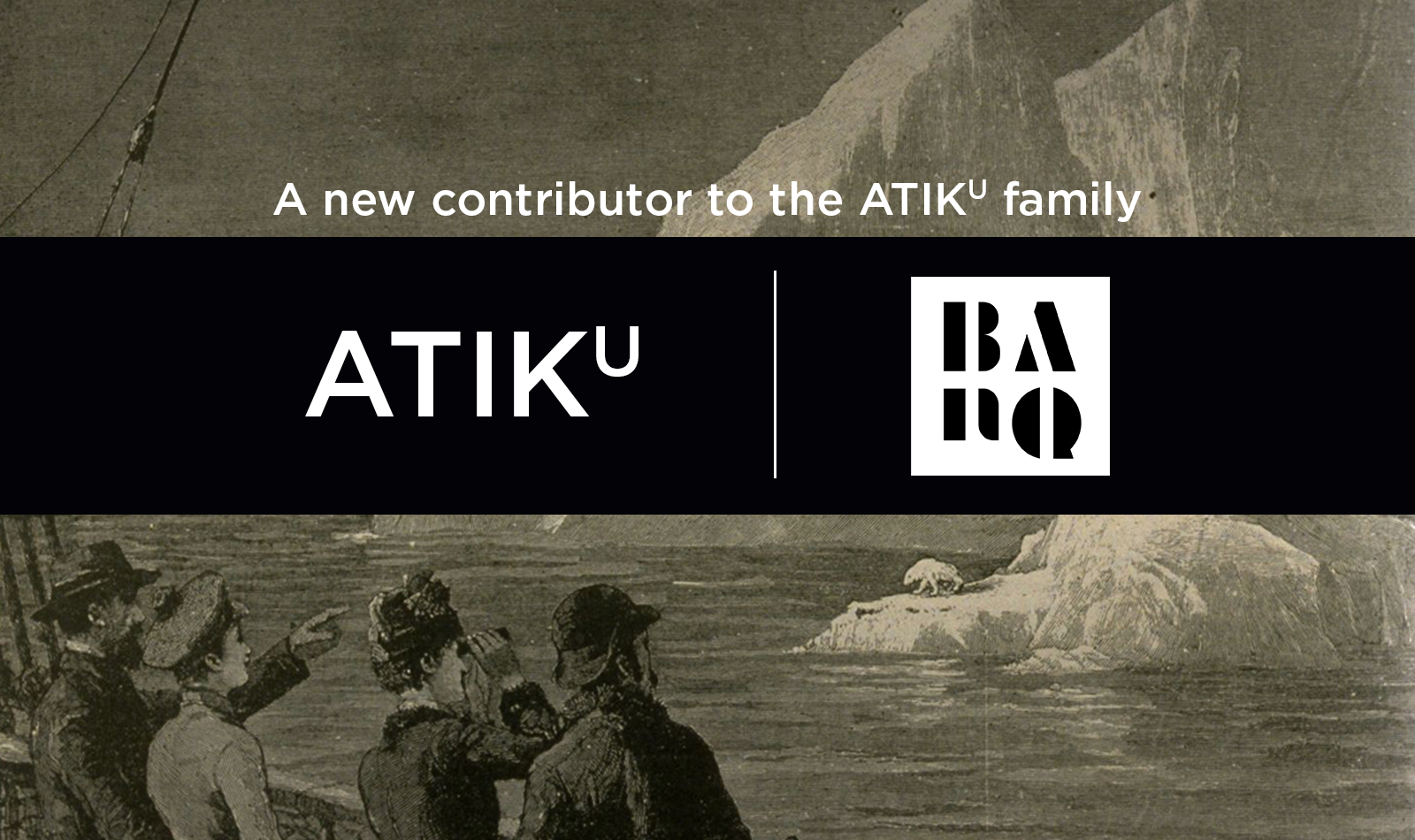 Some of you may have noticed: Institut nordique du Québec's Atiku portal has grown significantly in the last few weeks. This is due to the arrival of a new major player : Bibliothèque et Archives nationales du Québec (BAnQ). With the libraries of Université Laval, INRS, McGill, Concordia and UQAM, BAnQ becomes the sixth institution, and the only non-university library, to participate in the development of the Atiku portal.

Promoting Quebec's northern heritage
The arrival of BAnQ as a contributor to Atiku has resulted in a substantial improvement of the portal's collections, particularly the First Peoples of the North, General Public and Archives and Primary Sources collections. The resources currently offered BAnQ primarily concern northern and Indigenous documentary heritage. These rare documents are very visually appealing collections that are of great interest to researchers in the fields of anthropology, ethnology, geography, history and Indigenous studies. Add to this judicious selection all the documentary resources of a historical nature already present on Atiku - emanating from the libraries of universities that have been active in northern studies for several decades - and we obtain a flagship platform for the dissemination of Indigenous and northern documentary heritage in Quebec. Atiku users have access to a growing variety of resources, mostly online, including novels, poetry collections by Indigenous authors, essays, maps, photographs, postcards, Inuit prints, films, old books, travelogues, glossaries, etc. Thanks to the new Atiku/BAnQ collaboration, these resources will be increasingly able to reach a variety of audiences. In addition, most of the resources disseminated by BAnQ in Atiku are freely accessible or available for borrowing in digital format free of charge to all Quebec residents.

A win-win partnership
Joë Bouchard is a consulting librarian at the Université Laval library. He is also the co-founder and coordinator of the Atiku project, on which he has been working since 2017. For him, BAnQ's participation in Atiku represents an important milestone in the development of the tool, but also in its enhancement. He enthusiastically points out that:

"BAnQ holds collections related to the North and to Indigenous peoples that are extremely rich and unparalleled in Quebec".

On the BAnQ side, Alban Berson, the map librarian and resource person for Atiku, notes that the portal will allow his institution to showcase special collections in addition to reaching specific audiences such as academics interested in the North, the Arctic and the Indigenous population.

Next steps...
The addition of BAnQ resources to Atiku is not over. The librarians behind this alliance are looking forward to a long term collaboratation and identifying new resources exclusive to BAnQ that could be digitized for integration into Atiku.

BAnQ has developed the Indigenous novels and poetry sub-collection, which includes some twenty key titles by contemporary authors. You can access this sub-collection from the drop-down menu of the General Public collection.

About Atiku
Atiku | The Northern and Arctic Studies Portal offers the best international resource for northern and Arctic research: databases, dictionaries and encyclopedias, maps, atlases and geospatial data, statistics, archives and sources, online films, etc. It was developed with a multidisciplinary perspective, covering the fields of natural sciences, engineering and technologies, health sciences, humanities, and social sciences, with an emphasis on the field of Aboriginal studies. Atiku is hosted on the Institut nordique du Québec website.

About BAnQ
Bibliothèque et Archives nationales du Québec (BAnQ) brings together three institutions whose purpose is to bring knowledge and culture to the entire province of Québec. The National Library collects, processes and preserves all materials published in Québec and ensures that as many people as possible can access the heritage collections it has acquired. The National Archives house public and private archives and provide access to them online and through 10 archives centres located throughout Québec. They also provide a framework to help public organizations manage their materials. The Grande Bibliothèque is a cultural meeting place in the heart of the city that provides free access to the largest collection of French books and materials in America. Québec’s public library also has a wide variety of digital resources. BAnQ plays an active role in promoting Québec culture online.