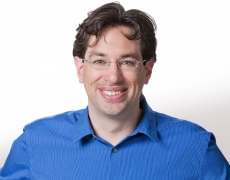 The mission of the INQ Northern geothermal potential research chair is to assess the performance of geothermal systems in cold climates, to adapt technologies with northern realities, and to root green energy in northern Québec. Access to clean and affordable energy is critical for the development of communities and natural resources north of the 49th parallel.

Hydrocarbons transported by truck, train and boat are the main source of heat and electricity in the North, a situation that comes at a high financial and environmental cost. For example, Hydro-Québec’s off-grid systems run on diesel generators that produce electricity at a cost of over $0.40/kW. This represents an annual loss of more than $125 million and results in exceedingly high greenhouse gas emissions. Moreover, northern businesses additionally use fossil fuels to operate, even though they can be connected to the Hydro-Québec grid.

Ground-source heat pump systems running at very low temperatures could be used in the short term to produce heat for northern communities. On the other hand, hot aquifer resources could be tapped to generate electricity and heat using power plants and urban districts looking at the medium term. However, the extent of geothermal resources available in the North is still largely unknown. The region is vast and the thermohydraulic properties characterizing shallow and deep geothermal resources vary greatly. Thereby, research is required to demonstrate the potential of northern geothermal resources to help developing this renewable energy sector.