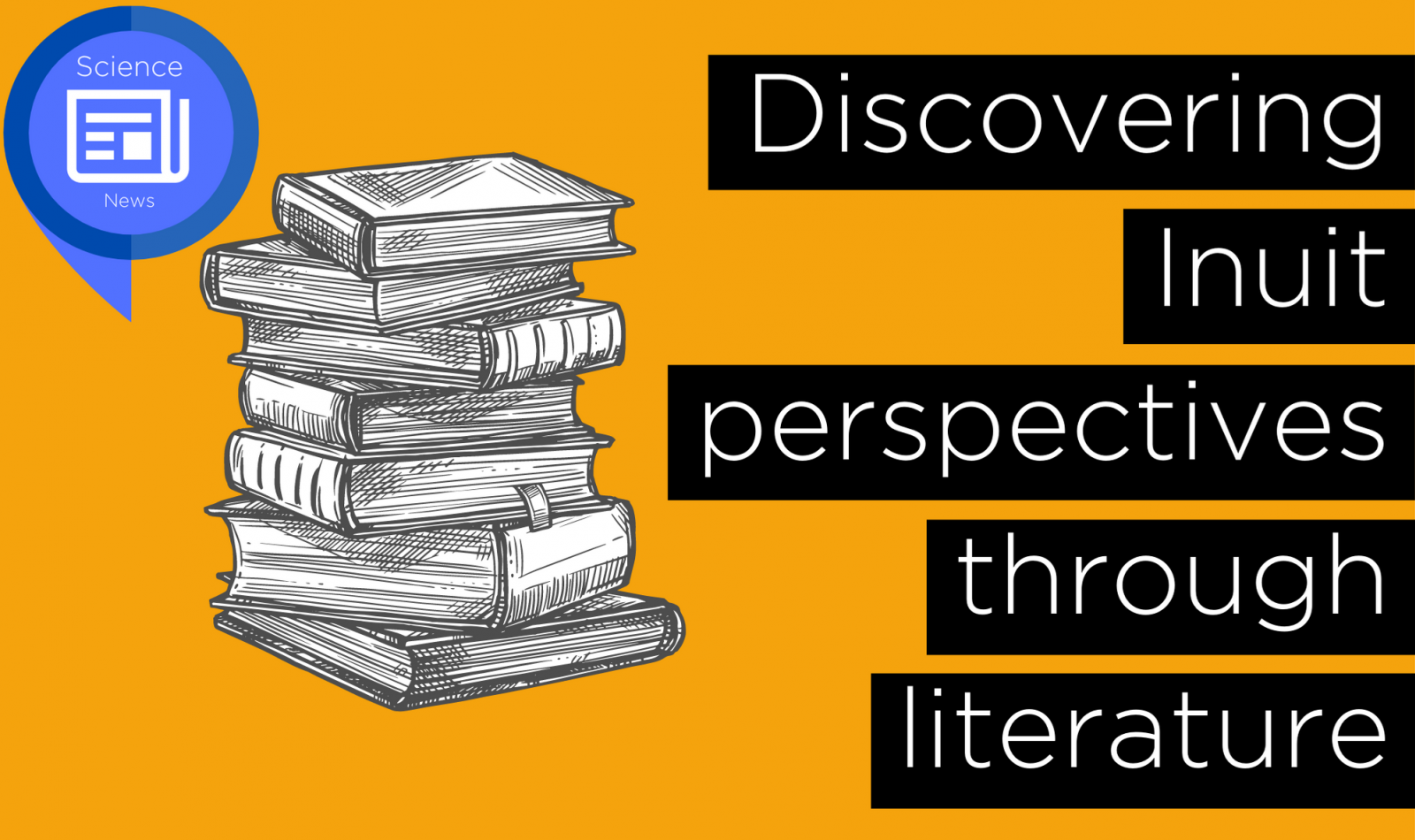 Although Inuit have been writing for nearly two centuries, their literature is largely unknown. And yet, there is not one, but many forms of Inuit literature that reflect the complexity of the Inuit people. This is what the Inuit Literatures website, developed by the International Laboratory for Research on Images of the North, Winter and the Arctic under the direction of Daniel Chartier, professor at the Université du Québec à Montréal, seeks to reveal.

On one hand, from the exterior what is perceived is that the Inuit share the circumpolar space and live in the North in a world of snow and cold. On the other hand, they are distinguished by different languages and colonial contexts.

“The Inuit do not all have the same vision of the world and literature is the best instrument to transmit this diversity of points of view that can be found in Inuit culture,” says Daniel Chartier. “The Arctic has been greatly simplified by Western culture and our job as researchers is to restore its complexity through culture and literature.” Hence the project, initiated in 2018, to make better known Inuit authors and their writings.

The starting point for this research: the authors. Daniel Chartier formed a committee of researchers and Inuit from Nunavik, Nunavut, Greenland and Nunatsiavut to compile a list of Inuit men and women who have written and published. The research work could then begin to trace the biography and writings of each author. However, "in cultural or literary studies, the ethics require that there be a distance between the author and the researcher. We work on the basis of written traces", reminds Daniel Chartier.  The members of the research team therefore engage in detective work to find the written traces that authors have left scattered all over the place. "The sources can be books devoted to Inuit literature, collections of stories produced by anthropologists, community newsletters, periodicals, Wikipedia pages, a Facebook page because Inuit authors are very active on Facebook, a LinkedIn profile where we can find out which college or university the author attended, etc.," says Marie Mossé, a doctoral student who is in charge of coordinating the work on biographies.

For each author, the information collected is scrupulously entered into a database form and by cross-referencing, it becomes possible to reconstruct the author's life and write a biography. "There is a research protocol, all of the sources for each author must be checked before writing a biography that is discussed collegially," says Daniel Chartier. For the sake of transparency, the biography must also specify the source of the information. For example, the life of the storyteller Akuliaq is described according to what the anthropologist Bernard Saladin d'Anglure reported. “Even if the source is reliable, that doesn't mean that it's a fact that we should consider as such,” warns Marie Mossé. We are trying to bring together all of the available information on these little-known authors, but we cannot claim to have the absolute truth. That is why it is very important to be clear with our readers and to divulge where we found the information. For the same reason, the biographies are followed by a notification that anyone that finds errors or has information should contact the Laboratory, and when possible, living authors are contacted to ask them to review their biographies.

A look at the Inuit literary scene

After three years of research, the site already contains some 40 biographies, and as many more are in the process of being finalised. Daniel Chartier estimates that the number of biographies could reach 250 if the project continues. These authors have written stories, novels, poems and essays in Inuktitut, Greenlandic, French, English and Danish. They are aviators, lawyers, sculptors, historians, politicians, social workers, teachers, journalists, throat singers, and administrators. While their earliest writings are based on orality, such as the stories of Akuliak and Tivi Etok, orality is also maintained in contemporary works such as Lana Hansen's Sila, a fable about climate change. Written in Greenlandic, this tale has been translated into Inuktitut, making it one of the first works translated between two Inuit languages. These authors tell stories of life in the Arctic in the form of novels (Markoosie Patsauq's Harpoon of the Hunter) or biographies (Taamusi Qumaq's autobiography, Je veux que les Inuit soient libres de nouveau). Other writings bring a broader worldview such as Sheila Watt-Cloutier's The Right to Cold, which adds cultural, linguistic and feminist dimensions to the environmental issue. As for Niviaq Korneliussen, her novel Homo Sapienne, which deals with gender identity, goes far beyond the Inuit world and has enjoyed worldwide success.
Through the lives and works of these authors, this research work also makes it possible to establish a time line of Inuit culture and literature. "We don't use any dates other than those of the Inuit production. It is a chronology that belongs to them," explains Daniel Chartier.

An imaginary world to explore

The Inuit Literatures website is aimed at the general public who would like to explore this little-known literature, as well as at teachers who want to integrate it into their courses, and at Inuit communities themselves. It also opens the door to a new field of research. "In cultural and literary studies, we need bibliographies and chronologies. We are at the very beginning of the development of research tools and the first publications. Students will then be able to take over with masters and doctorate projects," comments Daniel Chartier. “In the time line, we see dates that are particularly rich in publications that would be interesting to exploit for research," illustrates Marie Mossé. “Someone could also do a comparative history of Inuit literature between Nunavik, Nunavut, Nunatsiavut and Greenland.”

The site will continue to grow, but Daniel Chartier also plans to record the results in a printed publication. "A website is fragile. We work on written traces and we know that just on the web or in oral form, there is always a risk of disappearance.”

Director, International Laboratory for Research on Images of the North, Winter and the Arctic