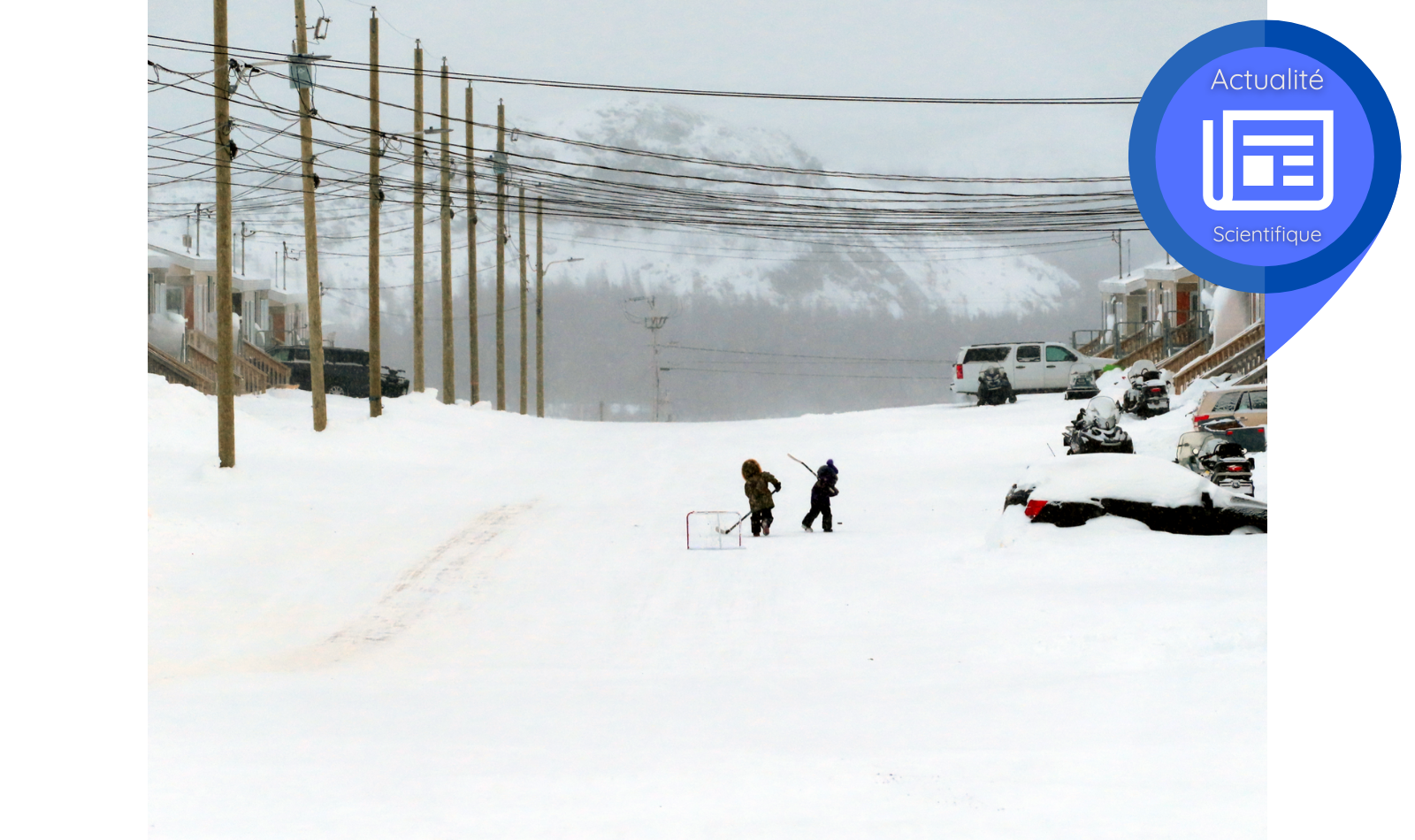 The challenge of carbon neutrality in Nunavik

Constructing a carbon-neutral building in southern Quebec is already a challenge, imagine that in Nunavik. Yet it is a goal that Louis Gosselin, a professor in the Department of Mechanical Engineering at Université Laval, is aiming for.

In Nunavik, heat and electricity for buildings is provided by fossil fuels. Electricity is produced by diesel power plants and domestic air and water heating is provided by oil furnaces. This fossil fuel supply combined with the cold climate weighs heavily on the carbon footprint of buildings, so reducing energy consumption is a prerequisite for achieving carbon neutrality. The Société d'habitation du Québec (SHQ) has built a prototype high energy efficiency semi-detached house in Quaqtaq. It is from this prototype that Louis Gosselin coordinated the Canadian participation in the Arctic Council's Zero Arctic project, which consisted in designing a carbon neutral building in the Arctic. The exercise was theoretical and consisted of adding different photovoltaic panel options to the building and simulating the energy consumption to deduce the carbon footprint. By cladding the building with as many solar panels as possible, the simulations resulted in a 98% reduction in GHG emissions compared to a standard Nunavik semi-detached house. While this goal seems to have been almost achieved, there are two pitfalls in this theoretical building that compromise the realization of carbon neutrality in the Arctic. On the one hand, the building is not autonomous and must remain connected to the local electrical grid to meet the needs not provided by the solar panels or, on the contrary, transfer its excess electricity to the grid. "In a village of 400 inhabitants like Quaqtaq, if all the buildings are equipped with photovoltaic panels, the diesel generators of the network will not be able to manage these inputs and outputs. There is a limit to the penetration of renewable energy on microgrids," observes Louis Gosselin. On the other hand, some realities escape energy simulation, notably the behavior of people in their homes.

To get a better understanding of the situation, Louis Gosselin and his research team have conducted several projects to quantify the energy consumption of buildings in Nunavik. The SHQ's prototype does not include solar panels, but it is still an improved version of the classic semi-detached houses that make up Nunavik's housing stock. The walls, roof and floor are better insulated and the building has a mechanical ventilation system to renew the air, whereas in older semi-detached houses, ventilation is done by opening the windows. The prototype and five duplexes were equipped with sensors to track energy consumption for air and water heating, electricity consumption, air quality and window opening.

The prototype stands out in particular with regard to indoor air quality. With mechanical ventilation, the average CO2 concentration is 452 ppm, compared to 787 ppm in standard duplexes. On the other hand, mechanical ventilation probably has the effect of drying the air, since the average relative humidity in the prototype is 18% compared to 26% in the standard duplexes. Mechanical ventilation also has the effect of increasing energy consumption. "You bring fresh air inside, but you have to heat it, and the ventilation system may have brought in too much air for what was really needed," says Gosselin. As a result, the prototype's energy consumption is similar to that of the other duplexes studied. The energy demand for heating is not improved either, despite the superior thermal insulation, and the explanation could lie in the opening of the windows. "We observe that many windows in Nunavik are open even when it is very cold outside and we are now trying to understand why people open the window, to know if it is related to the temperature, humidity, CO2 content," reports Louis Gosselin. In their defense, the inhabitants of Nunavik are not the only ones to open their windows in winter, as a similar experiment conducted on a building in the Cité verte in Quebec City has shown.

Understanding the needs and behaviour of occupants

"It's quite typical that the occupants don't use their homes as we thought they would. Especially when solutions were developed in the South and applied to the North. If the occupant is doing something they weren't supposed to do, it's because we obviously didn't understand their needs. As a concept designer, you have to be able to understand the needs and make sure that the Inuit are the ones who develop the solutions they need," says Louis Gosselin.

The influence of occupant behaviour makes it difficult to determine the energy efficiency of the prototype. "There is only one building and depending on the behaviour of the occupants, it changes the consumption profile," notes Louis Gosselin. Improvements are undoubtedly possible in insulation and mechanical equipment, but the carbon neutrality of a building will also depend on the behaviour of the occupants. The challenge in simulating the building's energy consumption will then be to put this behaviour into the equation.

Alignments of duplexes and utility poles on a street of Kangiqsualujjuaq