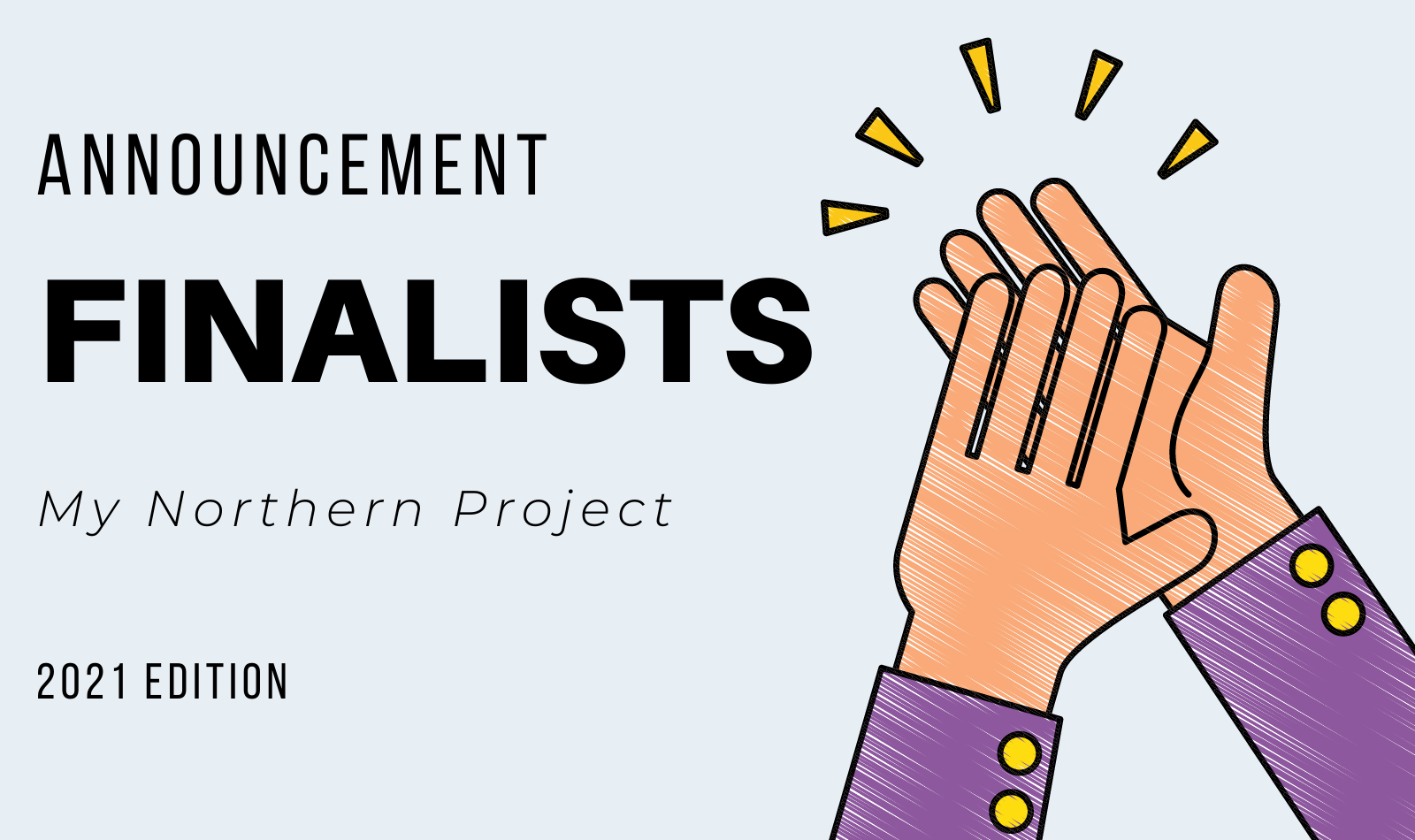 Announcement of the 2021 finalists for My Northern Project

Two students have been selected to represent the province of Quebec at the next international final* of the My Northern Project contest. This final, organized jointly by Institut nordique du Québec and UArctic, is traditionally held during the Arctic Circle Assembly in Reykjavík, Iceland.

Agathe Allibert is currently a PhD student at GREZOSP (Groupe de Recherche en Épidémiologie des Zoonoses et Santé Public) of the Faculty of Veterinary Studies at the Université de Montréal, under the supervision of Professor Patrick Leighton. Agathe's PhD explores the impact of climate warming on the future dynamics of Arctic rabies with applications to rabies risk management in the Canadian Arctic. She uses a modeling approach to better understand the epidemiological and ecological mechanisms involved in Arctic rabies. Agathe obtained a master's degree in France in 2014 in ecology, evolution and biometrics where she studied invasive species. She then worked for two years on Reunion Island as a statistical engineer in tropical agronomy before joining Professor Leighton's team.

As part of her project, Valérie Langlois is studying the diversity, seasonality and dispersal of viruses from thermokarst lakes in northern Quebec.
Curious and passionate by nature, Valérie has always had a marked interest in the living world, particularly aquatic environments. She followed these interests throughout her school career to finally complete a Bachelor's degree in Biology at Laval University in 2014. In 2017, she started a master's degree in microbiology at the Viral Discovery and Ecology Lab (ViDEL) to study the seasonality of viruses from thermokarst lakes in northern Quebec. Since then, she has accelerated her PhD and added to the initial project a study of the dispersal and potential functions of the viruses she studies. Her research interests include environmental virology, aquatic ecology, genomics and bioinformatics.
When she is not in the field or in front of her computer doing research, she enjoys scuba diving, planning her next trip to the other side of the world, or just relaxing at home with her cats.

Congratulations to the two finalists!

International final and participation at the Arctic Circle Assembly

Since 2016, the international final of the My Northern Project science popularisation contest has been held within the framework of the Arctic Circle Assembly, one of the most important international meetings for dialogue and cooperation on the future of the Arctic. During the final of the competition, Quebec students must take the stage and captivate the audience by presenting their northern research project in layman's terms and in English. To do so, the finalists have an maximum of five minutes and 10 slides without animation to support their presentation. Five students, selected from other Arctic countries will join the competition. Members of the on-site audience will be asked to vote for their favourite presentation and thus determine the international laureate of My Northern Project.

In order to consolidate the province's international network of northern and Arctic partners and maintain Quebec's position as a key player in the field, Quebec sends a delegation to the Arctic Circle Assembly every year. The Quebec finalists selected for the international final of the My Northern Project competition are integrated into this delegation and take part in its activities. For these students, it is an exceptional opportunity to understand the role of such a delegation while discovering the behind-the-scenes activities at a major international gathering from which a multitude of scientific collaborations arise.

Note that the students' accommodation and travel expenses are covered by the Institut nordique du Québec and its partners.