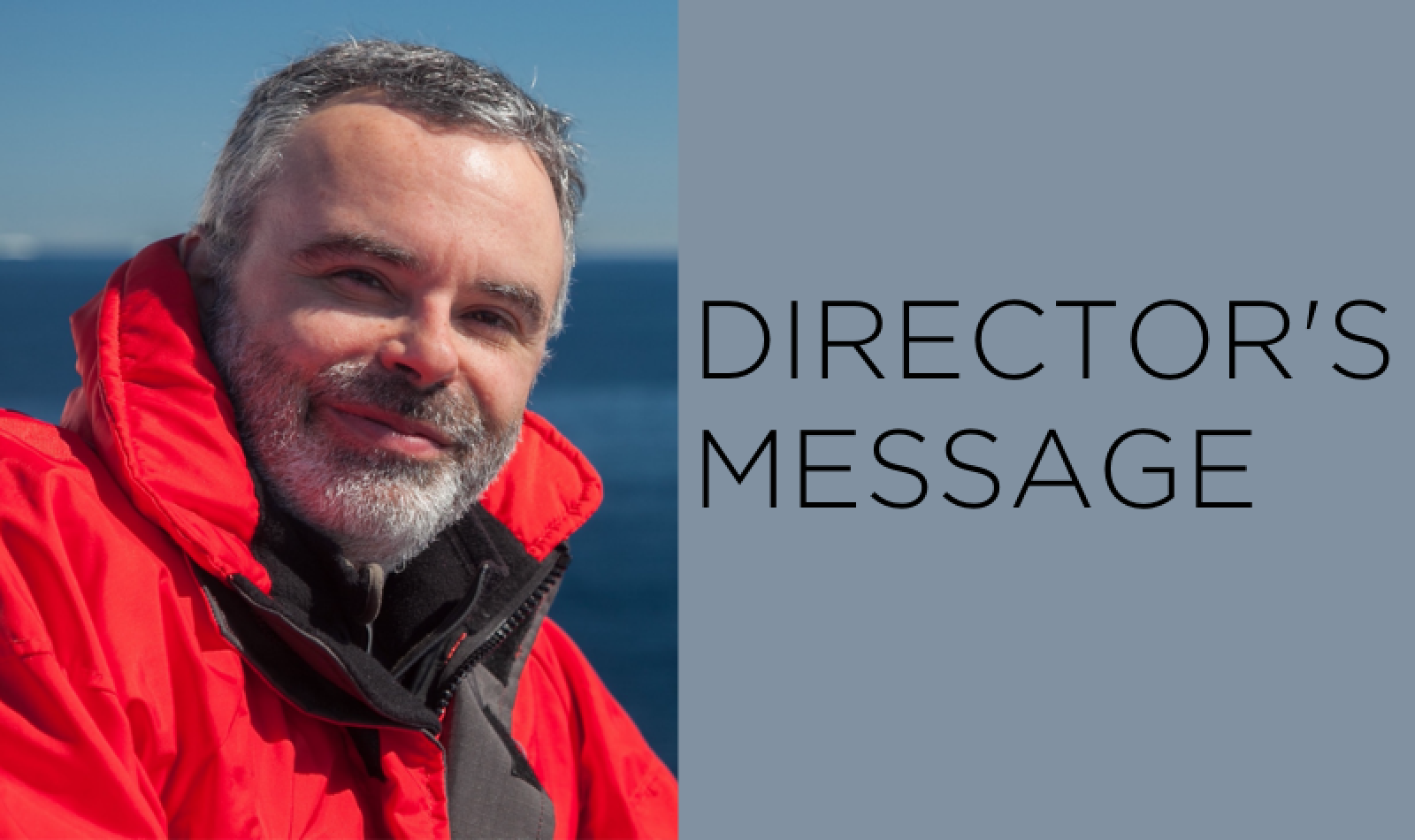 Jean-Éric Tremblay, a researcher in the Biology Department at Université Laval, was named director of INQ at the beginning of July. Chosen following a call for applications launched in March 2020, Dr. Tremblay has extensive knowledge of northern and Arctic issues. The INQ team is pleased to welcome this seasoned researcher, who has been involved with INQ since its inception.

A word from the Director

It is now clear that the northern terrestrial and marine environments are the most rapidly and severely affected by climate change. This transformation is redefining social and economic development in the North and compounding the many issues already affecting its inhabitants and their well-being. It is also impacting the "South" by releasing powerful greenhouse gases, destabilizing the atmospheric jet stream and weakening the great ocean currents that temper the climate. I approach this mandate with the conviction that evaluating, understanding and even anticipating these transformations is necessary to develop adaptation strategies, propose sustainable solutions for the development of the North and increase our collective resilience. This effort needs to be aligned with the concerns of the First Peoples, envisioned jointly with them and anchored in the respect of local cultures and knowledge. With a broad scientific program instigated jointly with more than 150 researchers and representatives of various Aboriginal organizations and peoples, the INQ aims to be a driving force in bringing together the leading research organizations in Quebec and abroad around the multidisciplinary and cross-sectoral dimensions of sustainable development in the North. In order to achieve this synergy, I will work toward the development of agile infrastructures, the pooling of the expertise of affiliated researchers from the INQ’s 16 member institutions, and the collaboration of numerous centres, chairs, research programs and partners in the North and in the public and private sectors.

INQ will soon be announcing its strategic plan for 2020-2025, proposing a unifying vision and concrete actions to propel research partnerships and training. Despite the pandemic, many fruitful consultations were held virtually in the spring for the planning of the main INQ complex. This complex will support the INQ’s many scientific, communication and knowledge transfer components. It will be a welcoming meeting place and will serve as an incubator for innovation and a logistical base for the deployment of researchers, equipment and research platforms throughout the North and the Arctic. At the same time, the slowdown in research activities caused by the pandemic this summer underscores the importance of developing innovative scientific approaches and technologies, while promoting greater autonomy for northern communities and organizations in terms of research and monitoring capacity. The satellite facilities developed by the INQ and its partners in the North will be particularly relevant in this regard. The tour of member institutions that began in late 2019 had to be interrupted in the current context, but will resume as soon as possible with the purpose of raising awareness of the Institute, sharing the immense wealth of northern expertise present in Quebec, and discussing opportunities for research and networking. Having been involved in the establishment of the INQ from the outset, it is with great enthusiasm that I intend to work with the management team, member institutions and our partners to pursue the development of the Institute and make it a world-class centre for northern and Arctic research. The future of the North is a circumpolar issue, and we now have a new tool for showcasing Quebec's know how and taking part in major international initiatives.

Jean-Éric Tremblay is a professor in the Department of Biology at Université Laval, where he has been conducting research and teaching activities in the field of oceanography since 2004. He obtained his PhD from Université Laval in 1996, following which he did postdoctoral work at the Alfred-Wegener Institute (Germany) and in Japan, before joining McGill University as an associate researcher.

His research program aims to elucidate the processes that determine the biological productivity and biogeochemical functioning of Arctic and sub-Arctic seas, the transformations that these seas are undergoing in the face of climate change, and the impact of these transformations in the North Atlantic and the east coast of North America, which are exposed to the powerful currents flowing down from the Far North. In particular, he studies the impact of warming and melting ice on the Arctic Ocean's ability to provide abundant and quality marine foods to coastal communities, for whom food security is a major issue.

For the short term, Professor Tremblay will continue to serve as scientific director of the Quebec-Ocean, a FRQNT multi-institutional strategic cluster, within which he has worked to develop and coordinate oceanographic research throughout Quebec. He also sits on several boards of directors and scientific orientation committees involved in the development of the marine sector in Quebec and Canada. He is a member of the Takuvik Joint International Laboratory and led either large-scale projects or large thematic teams during International Polar Year and the first two phases of the ArcticNet Network of Centres of Excellence. He is currently leading several pan-Canadian projects: "Nutrient transports and marine living resources across the Inuit Nunangat" in the third phase of ArcticNet, "Biogeochemical signatures of ecosystem stress and resilience: nutrient cycles and lipid flow" in NSERC's Canadian Healthy Ocean Network (CHONe II), and "Marine Ecosystems" in NSERC's BaySys Collaborative Research and Development Network. The last project evaluates the combined impacts of climate change and hydroelectric development in Hudson Bay. As part of Canada First Research Excellence Fund’s Sentinel North Strategy, he co-leads the BriGHT project with Professor Mélanie Lemire to better understand the links between Inuit health and the northern marine environment.

Along with his colleagues and the many students he has supervised, Dr. Tremblay has published over 100 articles in scientific journals and edited environmental synthesis reports for decision makers.